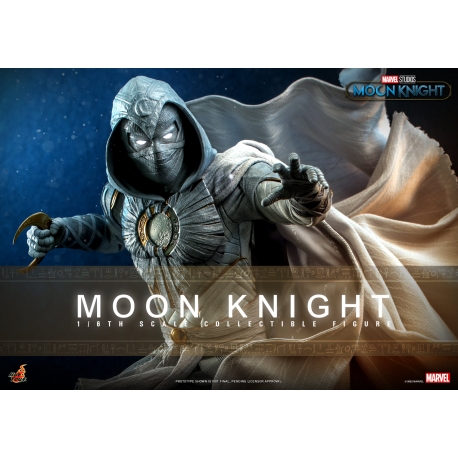 “We protect the vulnerable, and deliver justice.” – Marc Spector

Marvel Studios is bringing Moon Knight, one of Marvel Comics’ most complex characters, to life in the highly anticipated series. Struggling with dissociative identity disorder, Steven Grant discovers shares a body with mercenary Marc Spector, and they must navigate their complex identities and fight on against all odds as the cloaked avenger Moon Knight.

Celebrating the entry of this incredibly cool character to MCU, Hot Toys is delighted to present Moon Knight as 1/6th scale collectible figure, a screen-accurate figure that will make a formidable addition to your Marvel collection.

Embark on a globetrotting adventure with the new Moon Knight figure today!