If you are a fan of Jurassic Park series, then you must know that Jurassic World which is the fourth installment of this series is showing in theater. There is a renewed sense of excitement as fans can’t wait to see some of their favorite dinosaurs on the big screen. As keen interest is being placed on the release of the Jurassic World, Fans can take a trip down memory lane by seeing the Jurassic Park diorama based off of some of the movie’s most iconic scene.  The diorama show depicts the details of T-Rex Escaping. Similar to the picture above where we see the T-Rex in the Park after the electricity has been shut down. And the electric car of Tim and Alex been grounded to a halt on the opposite side of the now ineffective electric fence with the rain pouring down. Am sure the diorama will bring a sense of nostalgia with this scene. (Note that the Jungle Explorer 04 has a light up feature too ) As part of the Jurassic Park diorama series, we also get to peek at the realistically scaled statue of Dr Ian and Alan do their best to prevent a kid from falling prey to the tyrannosaurus rex. 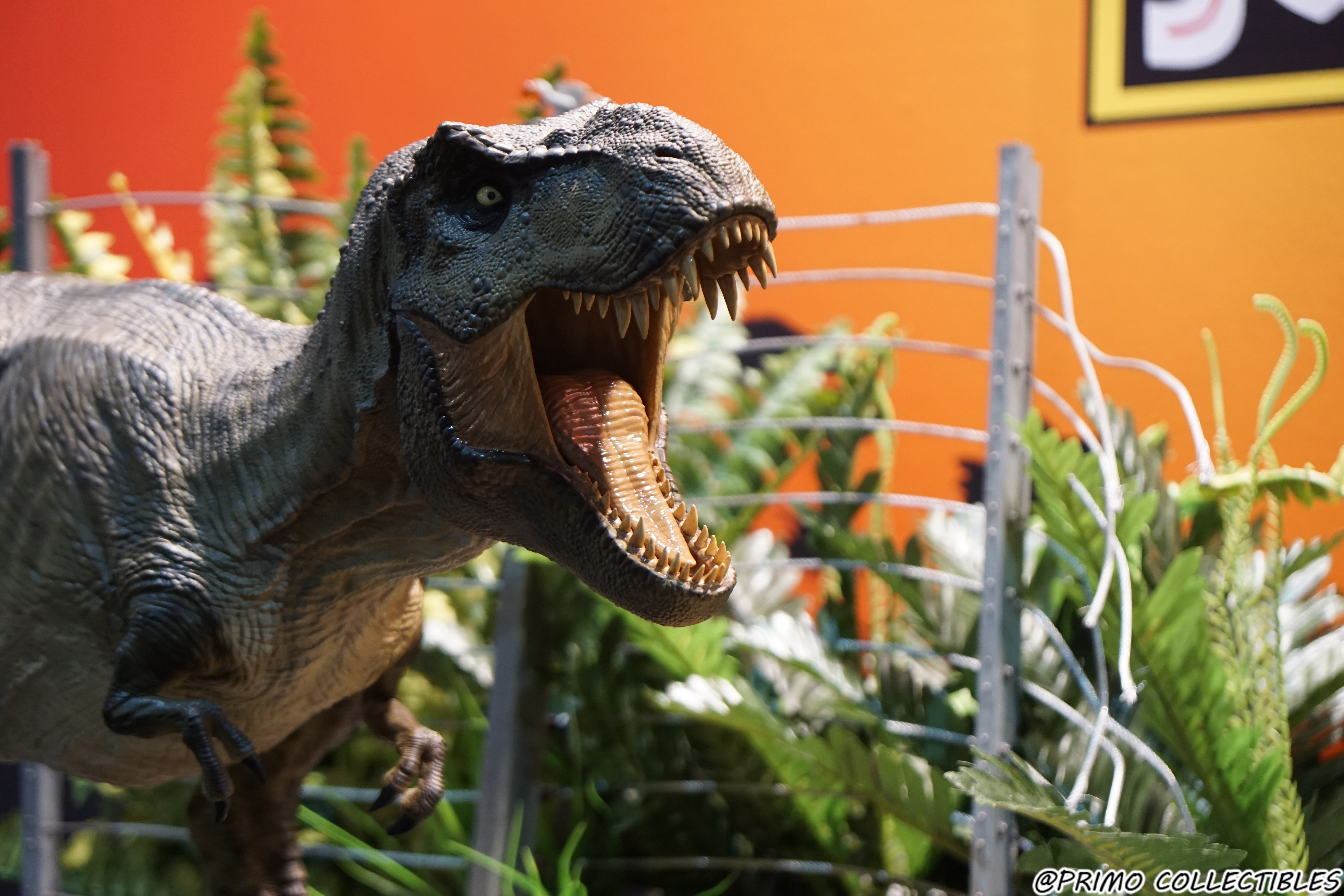 Below is a description of the diorama

You can order your diorama in two sets from HERE